Lady of the Peafowl. While studying at a magic academy, she was involved in an incident and transferred to the human world.
Since then, she has been unable to use much of her magic.
Very fond of sweets, but weak with overly spicy food. At first glance, she seems to be the elegant type, but people who spend some more time with her will find out that she has more of a dorky personality. To quite a number of viewers, her laugh has been perceived as similar to a car engine starting. 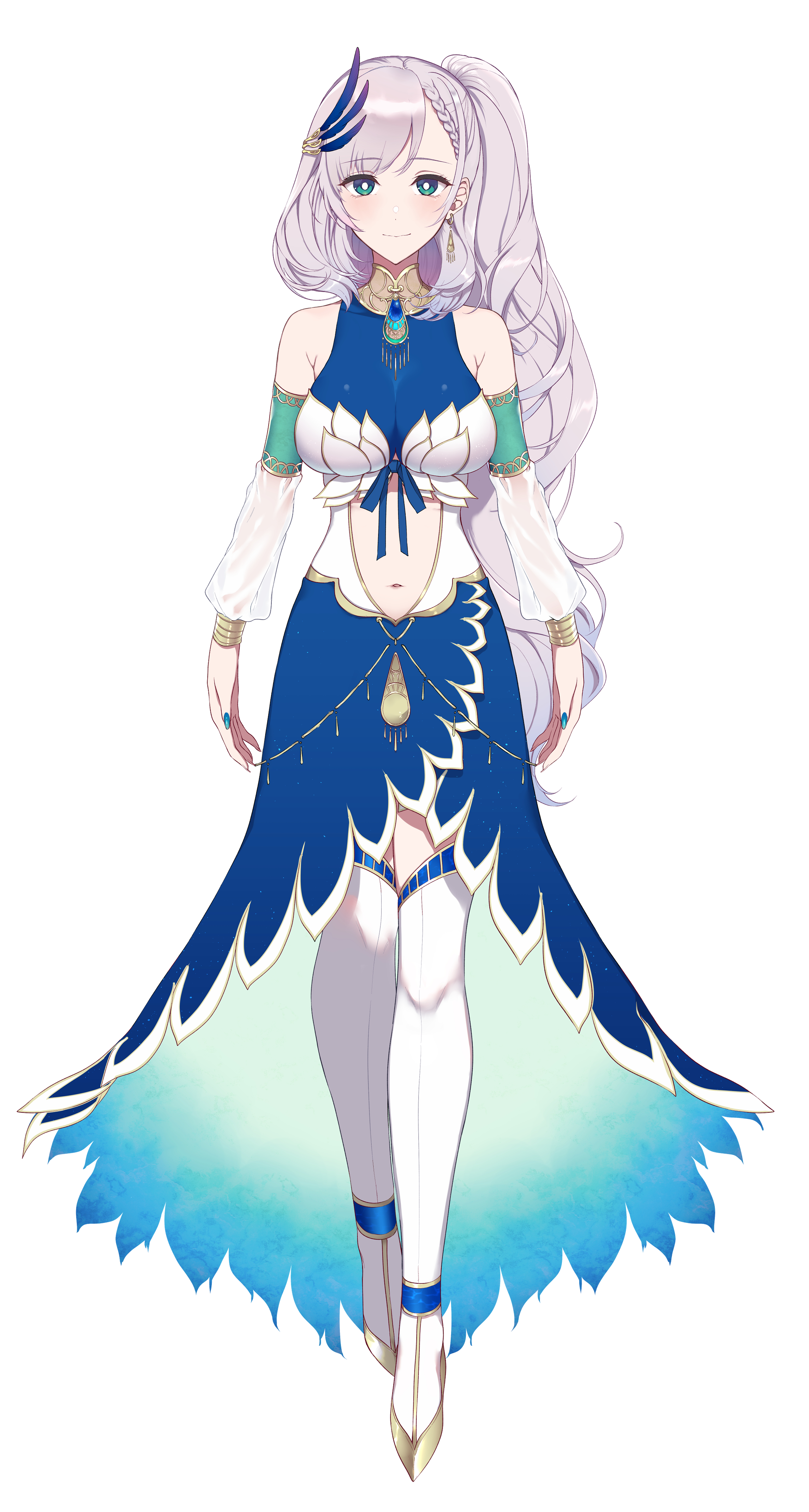 Dreams
I want to release more original music, collaborate, and let my voice be heard even more!
I would be so happy if I could perform live on stage and continue to work with amazing people!

Fan Name
MERAKyats
Coined from Merak (peafowl) and rakyat (people/citizen), essentially meaning “people of the peafowl”. The word “merakyat” itself means “being humble” or “close to the people”. This is also used as her stream end greeting, where she says “Salam MERAKyats” which roughly translates to “MERAKyats greetings”.

Hobbies, Likes
I love chatting! I do quite a lot of free talk streams, at least once a week. It feels really nice to be able to share and learn about lots of things in return. In my currently regular free talk program, I eat brunch while talking about things with viewers (who are also welcome to have their own meal).
I like simulator or sandbox type games, because I feel like I can talk in a relaxed manner when doing things in game–and build something unexpected at times. Outside those genres, I like unveiling mysteries and solving puzzles!
What I love the most is singing! I occasionally do karaoke streams and publish covers–and I released an original song on my debut! I listen to a lot of Japanese songs, particularly anime and 2D idol/band music. In my spare time, I sometimes draw.

Q: Who is Tatang!?!??!
A: Tatang is my tambourine. His full name is Tatang Tambourine. I bring him and he makes music when we’re reading donations on stream.

Q: Favorite type of sweets?
A: Cookies, chocolate, cake, everything as long as it tastes good! I’m more focused on the taste, because I prefer things that are mildly sweet/have more of a subtle taste.

Q: Will you clean your room?
A: Eventually.

Watermelon _____ (Watermelon room, chamber, etc)
― a rumor that it’s a room where Reine keeps viewers who ‘misbehave’ so they can reflect; what lies in there will be left to one’s imagination. The running joke is that some viewers are actually viewing the stream and chatting from the watermelon room, begging to be let out. Originated from a stream where Reine painted the walls of what’s supposed to be a principal’s room in-game with alternating watermelon-colored stripes, and telling chat it’s where misbehaving kids get called into.

(optional) KUSALAND
― An amusement park Reine owns where people scream in terror instead of joy. Essentially an upgrade, or a branch of a watermelon room. Originated from a stream where Reine made an amusement park in a simulator game, in which nothing is safe and that’s a feature.

“It’s fine”
― something Reine says a tad bit too much, either when she’s saying it in resignation when playing a game, or tries to dismiss something when she messes up.

Turkey
― Reine is very much clearly a peafowl, but because she accidentally called herself a turkey during her debut stream, people tease her about it and call her one.

view all view all
TALENTS